In April of 2018, our crew from Tribal Police Files arrived into the community of Rama with plans to showcase their community and their police service. To accomplish such a goal, months of planning took place including community location visits prior to our crews coming in.
Building an understanding with the Rama Tribal Police about what we were trying to accomplish was our first priority. Building strong working relationships and trust between our film crew and the police was crucial and is never an easy task. Having a former tribal police officer as the Producer of our show, and one who is also Indigenous helped the police officers feel at ease, knowing that there was already an unspoken understanding.

Gaining the trust of the political leadership was a whole different matter . However, through tireless communication, understanding protocols and knowing what we hope for as Indigenous leaders, all helped us work together where we could deliver the messages that we wanted to deliver…for the community and the show.

Of the legal aspects of delivering this type of show is by far the biggest challenge, knowing you need to jump through hoops of the broadcaster, our legal team, community legal team, CMF legal team and knowing no one wants to come out in a negative fashion. It can feel a bit like a pressure cooker type of situation at times.

Open lines of communication with the Rama Police Service, Chief of Police John Domm, then acting Chief Tom Battise, helped to ensure we were doing everything we needed to cover all these considerations and it meant that it became easier as time went by. The gradual bonding, amazing friendships we developed all spoke to the hard work of everyone involved. We were always mindful of the fact that the police have a job to do, as did we, but the mutual respect that formed between all of us helped us build a strong trusting working relationship. This also supported our production crew to be able to capture the stories we needed to highlight for this type of show. By the end of our time filming in the community, the officers were calling us when calls came in and trusted us with what we were filming, knowing we would present everyone in the most positive light we could, even some of the most challenging situations that would surface.
After 2 seasons, two different police services, 26 episodes, OCM/ OCM2 Productions Inc has a strong vision of what it takes to build a show that will excite the viewer and provide insight into the realities of the officers and their daily lives.  This is what makes this television show unique, dynamic, and exciting to have developed and been a part of. We left feeling like we were a part of a community.
When we return, we know we have a home to stay, people to visit, Elders to turn to and a ‘buffalo taxi’ when we need it. 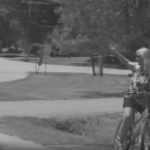 A Suspect Is On The Loose In Rama!Behind The Scenes, Rama Police Service, Videos